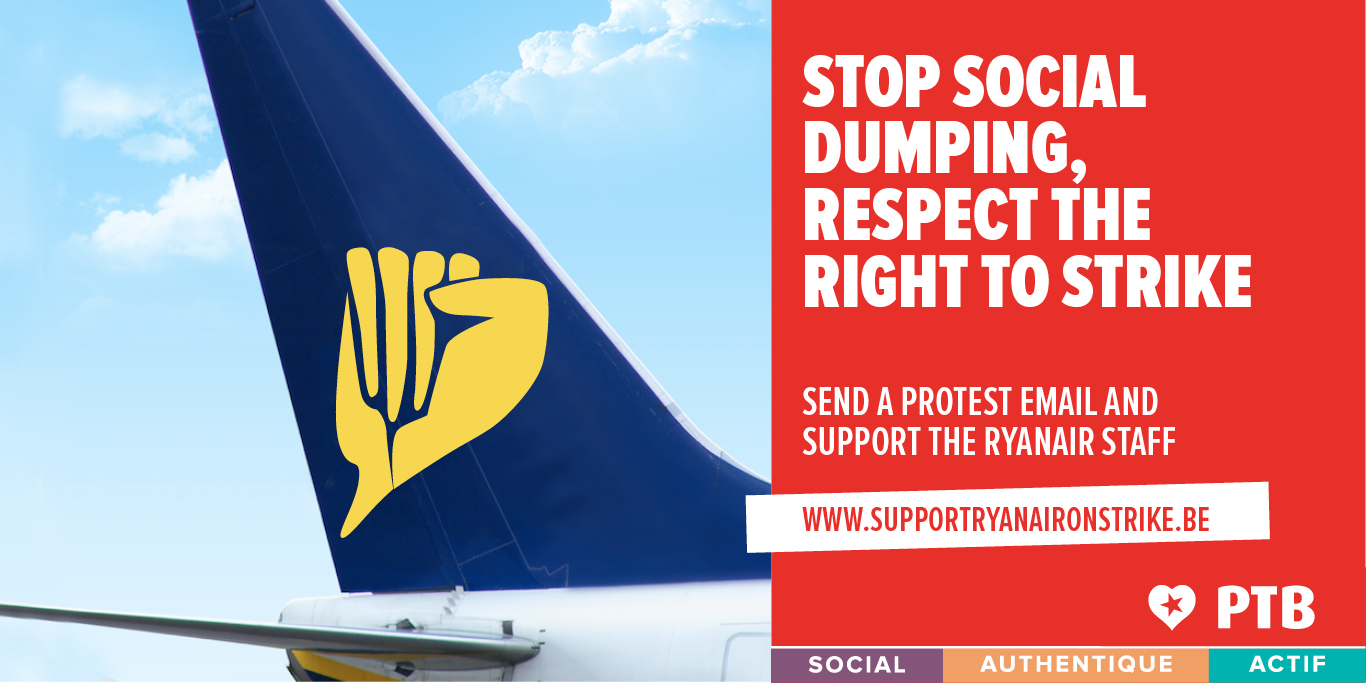 Respect. Respect for workers, for social laws and for the right to collective action. This is what the Ryanair staff demands as they are fighting against social dumping in their company.

Faced with the workers' determination, management threatened the strikers with sanctions.

And what is reaction of the government and the European Union? They are looking on passively. But the conflict in Ryanair certainly demonstrates that without trade unions and without the right to strike, workers do not have the tools to defend themselves against bosses who constantly want to drag down wages and working conditions.

It's time to demand respect. Against social dumping and for workers' right to strike.

Read: Ryanair sanctions the right to strike, workers fight back (in French)